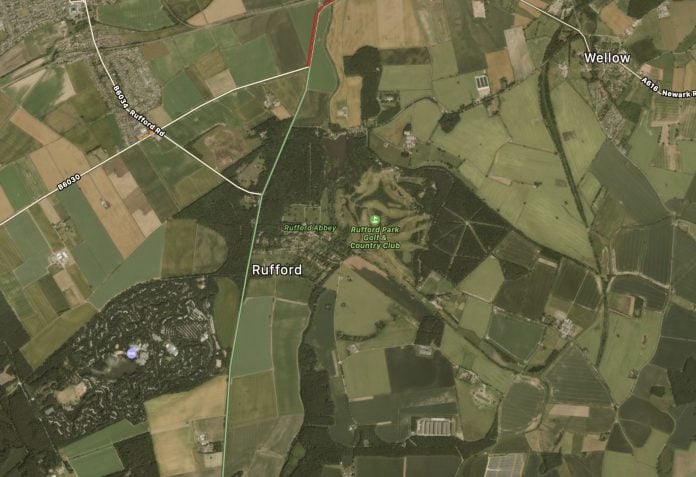 A plan which could see gas extracted from the ground for the next 25 years has been approved today.

The scheme, which does not involve fracking, aims to harness methane gas left behind during coal mining.

Once a new access road is built to the site, which is on rural land near Rufford Country Park, drilling will happen around the clock for three weeks, and any escaping gas will be set on fire.

Experts will then assess whether there is enough gas to make the scheme profitable.

If there is, generators will be installed to turn the gas into electricity.

However, all Labour councillors abstained from voting, over concerns at the location of the drilling.

It meant the application was voted through by seven votes, with five abstentions.

Labour councillor Jim Creamer, who represents Carlton West, said he did not oppose the practice itself only the location. Because of this, he said: “I don’t think it’s right on this site. I cannot vote for it and I cannot vote against it.”

The committee heard that if the methane began to escape before it was harnessed, it could be a ‘potent’ greenhouse gas.

Neil Baker, a consultant for the applicant Infinis, said he was proud of the company’s record, and the way it operates several other sites throughout the country.

He also said planning permission would ‘help secure the future’ of the Northamptonshire-based company.