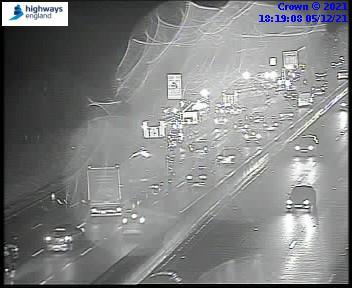 The collision involved a car and a lorry.

Northbound J16-J17 collision update. Another lane has been opened past the scene of the collision. 3 lanes now open. The left hand lane remains closed for emergency services to work at the scene. Approximately 50 minute delay. Allow extra time for your journey.

‘This is due to 2 lanes (of 4) being closed following a collision involving a car and lorry.’

East Midlands Ambulance Service, police and fire are at the scene of the incident.

There was also an earlier incident southbound.