Home What's On
NewsNottinghamWhat's On

The city will come to life from 5pm; offering all kinds of free, family-friendly entertainment as well as special, later opening times at some of the city’s favourite venues. From the Arboretum to Green’s Windmill; performances, music, dance, food, arts and crafts…there will be something for everybody to enjoy.

Sample tasty treats from across the continent at the International Market in Old Market Square (until 10.30pm) and enjoy a few summery songs from the Nottingham City Tuneless Choir on the Council House steps (7pm). While you’re there, don’t miss performances from Circo Rum Ba Ba (at 6pm and 8pm) as a couple of eccentric, moustachioed waiters bring their Bicycle Bistro to the Square and Smithy Row, winding up the gramophone and causing café circus chaos…

Also on Smithy Row, from 6 till 9.30pm, will be the LIFE BOAT: an interactive art installation and the slowest ride on Earth…

Throughout the evening, catch Can Samba doing their thing across the City Centre in a colourful carnival of tropical rhythms, then dance the night away with DJ Steve Cutz in Trinity Square.

Not far from the City Centre, Nottingham Arboretum will host a magical evening of outdoor performances, including the playful circus, puppetry and theatre of Look Up by Hikapee (5.15pm and 7.15pm) and a large-scale willow puppet coming to life in Awakening Titania (5 till 9pm).

There will also be RTO Sound System on the decks (until 10pm), a bar and live entertainment at 6pm and 8pm, making the Arboretum a perfect place to while away the evening in a midsummer night’s dream.

In heart of the Lace Market, whether you’ve finished work or you’re just passing through, stop by St Mary’s Church for a summer garden party with the Creative Quarter. Expect food, drink and musical entertainment, then head over to Sneinton Market Avenues to fill up at Nottingham Street Food Club and explore what the Avenues’ resident independents have to offer.

Elsewhere, enjoy fantastic views over the City and a slice of homemade pizza at Green’s Windmill (until 8pm) or, on the other side of the City, head to Nottingham Playhouse for a drink in the plaza and One Night in Miami… with 60s icons Sam Cooke, Malcolm X, Jim Brown and Cassius Clay (show from 7.30pm).

Venues across the City will be opening their doors for a little longer than usual, and you’re bound to find something a little different inside.

This family-friendly event is supported by It’s In Nottingham and over 20 fantastic community groups and venues in the city and is being organised by Nottingham City Council in partnership with the Creative Quarter.

Arboretum – A programme of performances, music and magic…

Live music, DJs and entertainment in the Bandstand (6-10pm)
Nottingham residents RTO Sound System will be serving up an eclectic blend of chilled musical vibes, alongside live music from NUSIC Future Session guests. Plus magician Matthew Arwen-Langham will amaze with his mind-blowing stage magic.

Nottingham Singer-songwriter Tayla Jayde will be performing 8-8.45pm at the Arboretum bandstand. 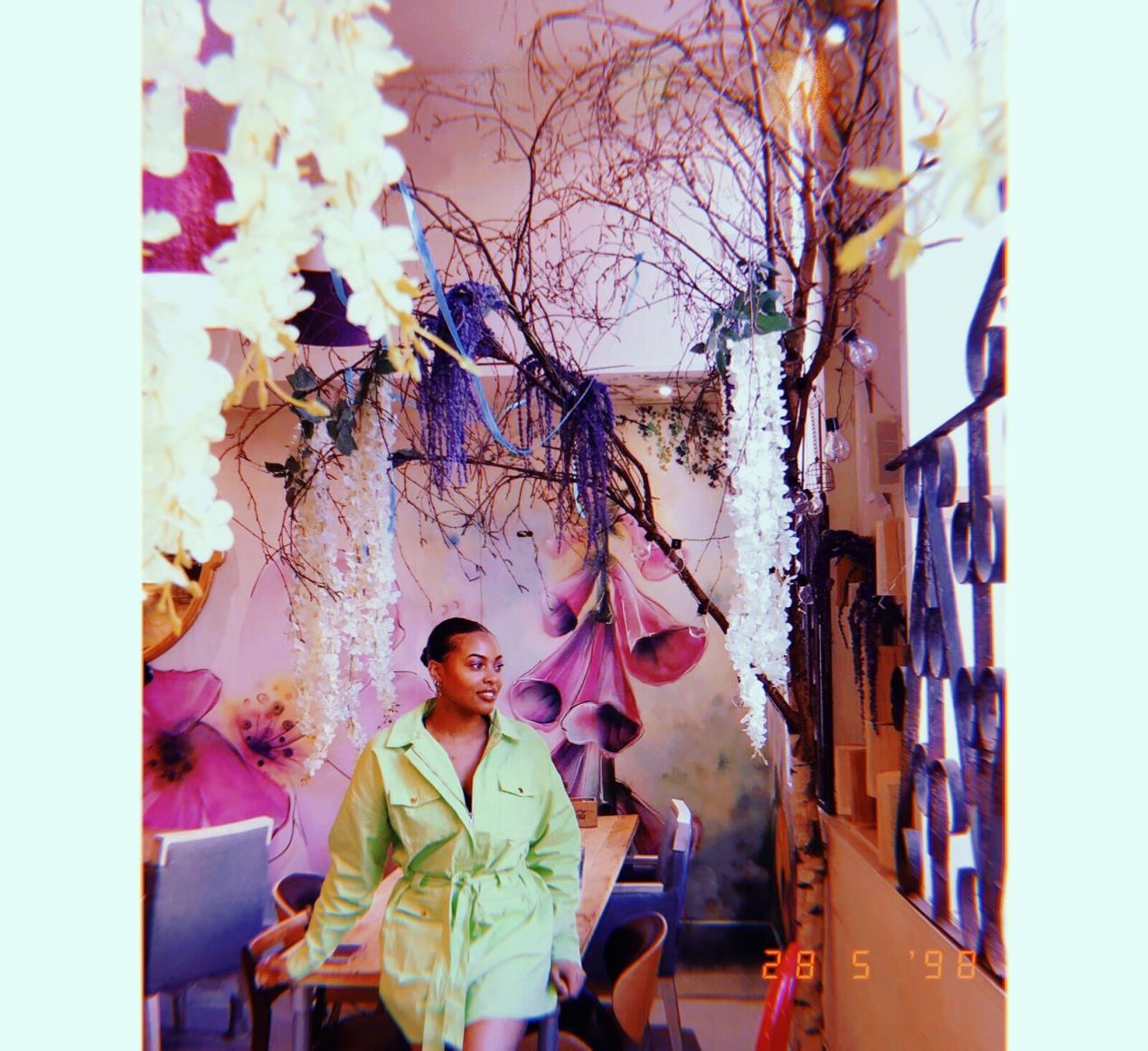 Look Up by Hikapee (5.15 and 7.15pm) – A beautiful, playful and exciting collaboration of circus, puppetry and theatre – an outdoor performance for family audiences. Look Up follows Robyn, a child puppet, who is fearless, playful and not interested in phones or work, but instead has a curiosity with birds and flying. Why is everyone else only looking down? 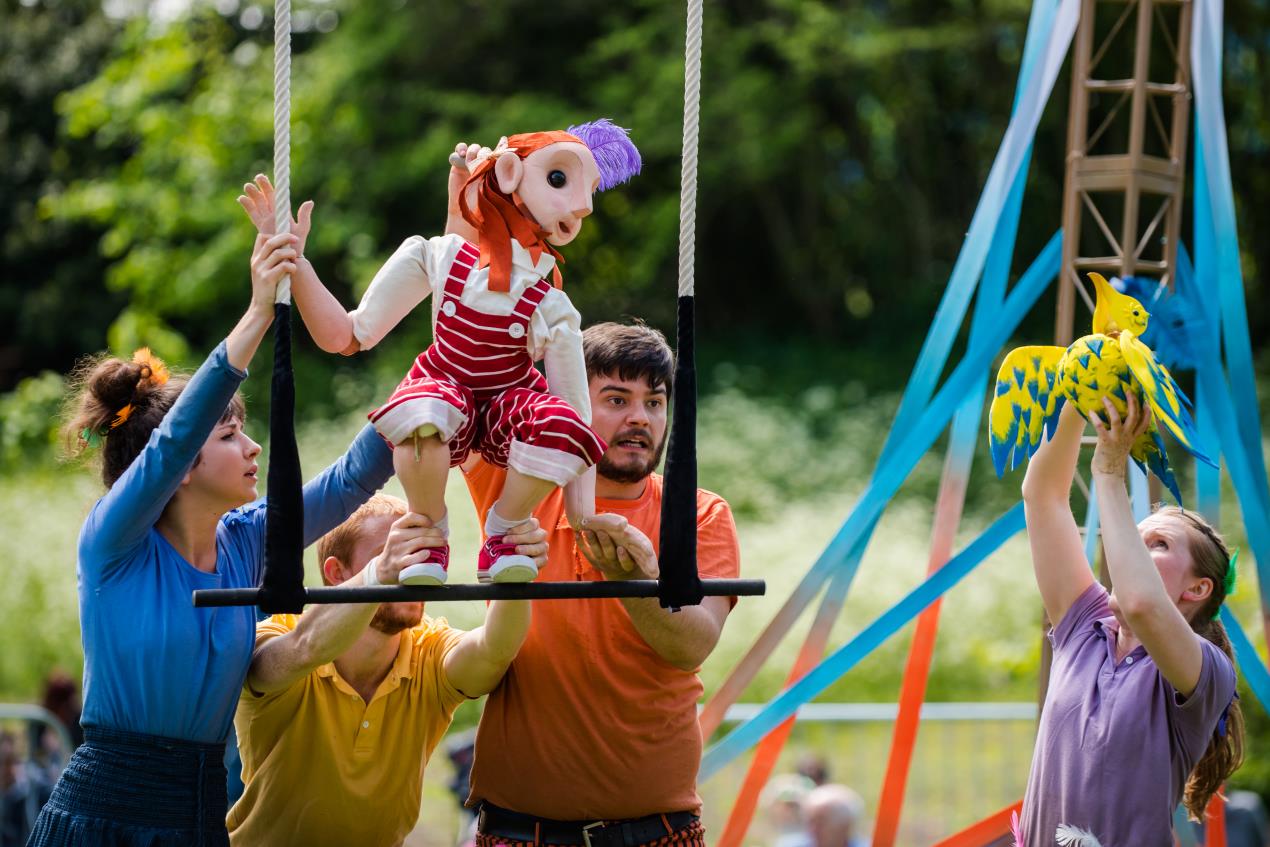 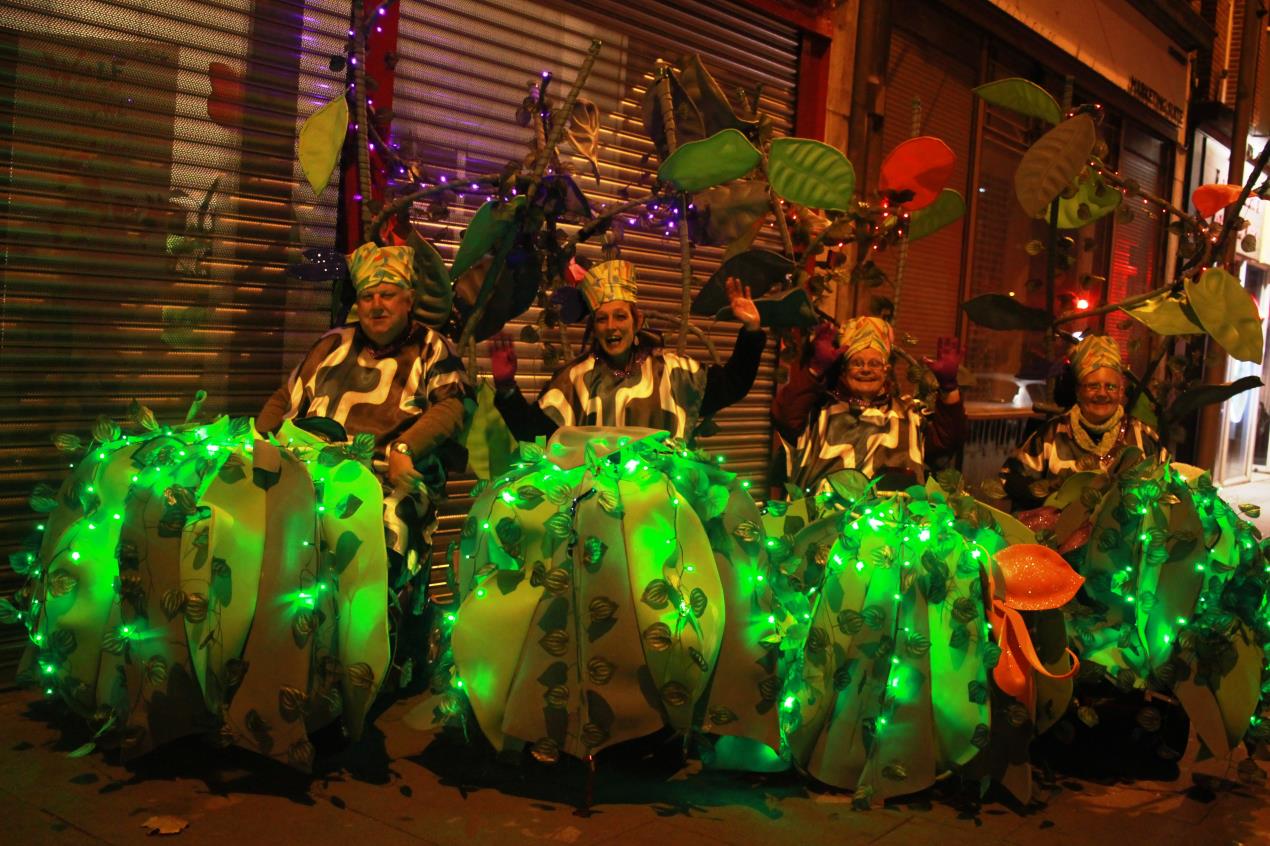 CAN Samba across the city centre – Colourful carnival and the rhythms of Can Samba will be joined by a special fleet of mobility scooters championing a safe space for our elderly and disabled citizens.

Lifeboat with institute for crazy dancing (6-9.30pm) – Welcome aboard the Slowest Ride on Earth…people of all ages and persuasions… The structure is a 6 metre long timber keel with four rib sections. It forms the skeleton of a small boat. Canvas hammocks are strung between each of the ribs. It is a contemplative ride that creates a beautiful and compelling energy wherever it lands. 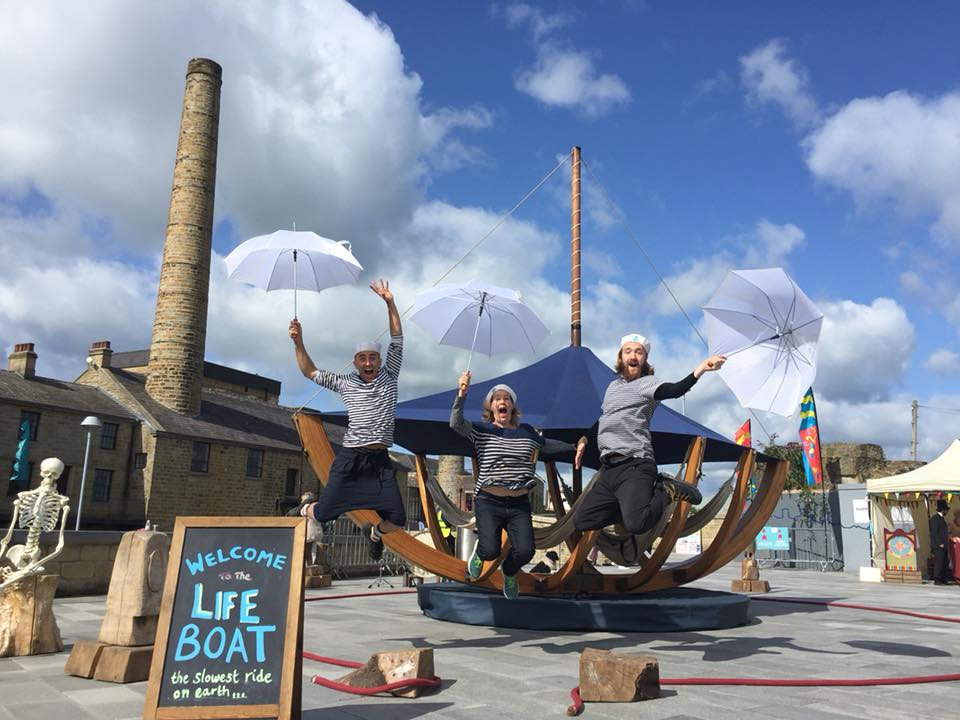 Tuneless Choir – (7-7.45pm) – Join members of Tuneless Choirs as they perform Summer Songs! Feel free to join in singing like no one is listening – and laughing when they hit the wrong note!

Ridewise (4.30-7.30pm) – Come and find out more about getting on your bike, make a badge, and maybe even get yourself a cycling related freebie!

International Market (Until 10pm) A selection of continental and international flavours including Spanish, Greek, Chinese and Indian street foods to name but a few. Those wanting to take the flavours of the world home with them can choose from a great selection of fresh foods including olives, cheeses, breads and cakes. Find a spot to relax and unwind in the Street Bar with a variety of Continental beers and wine.

Visit the Lace Market Theatre (7-11pm) – Visit a working amateur theatre in a grade11 listed building. See how the technical side works, some of the costumes and play in rehearsal in the congenial atmosphere of a welcoming bar.  Halifax Place, NG1 1QN

Draw and Play at City Arts – Families (6-8pm), Adults 18+(8.30-10.30pm)
Draw portraits of yourself, your friends and family. Draw a stranger to make new friends! There will be a range of board games available (including giant Jenga!).

Take the opportunity to check out ‘markmaking’, our new exhibition for Nottingham Refugee Week, as you play, relax, make friends and have a drink at the café bar.  Hockley, NG1 1FH

Mill at Midsummer (Open to 8pm) – Explore Green’s Windmill and Science Centre after hours on this special open evening for Lightest Night, a rare occurrence providing a unique opportunity for visitors to look over the city as the sun begins to set from the top of windmill. During your visit grab a homemade pizza from the pizza oven. Windmill Lane, NG2 4QB.