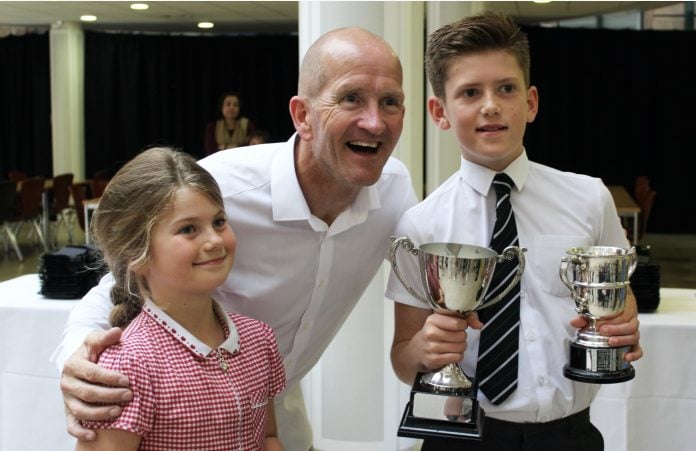 In 1988 Michael ‘Eddie the Eagle’ Edwards became the first competitor since 1928 to represent Great Britain in Olympic ski jumping. He finished last, but captivated the general public and soon became a much-loved celebrity. 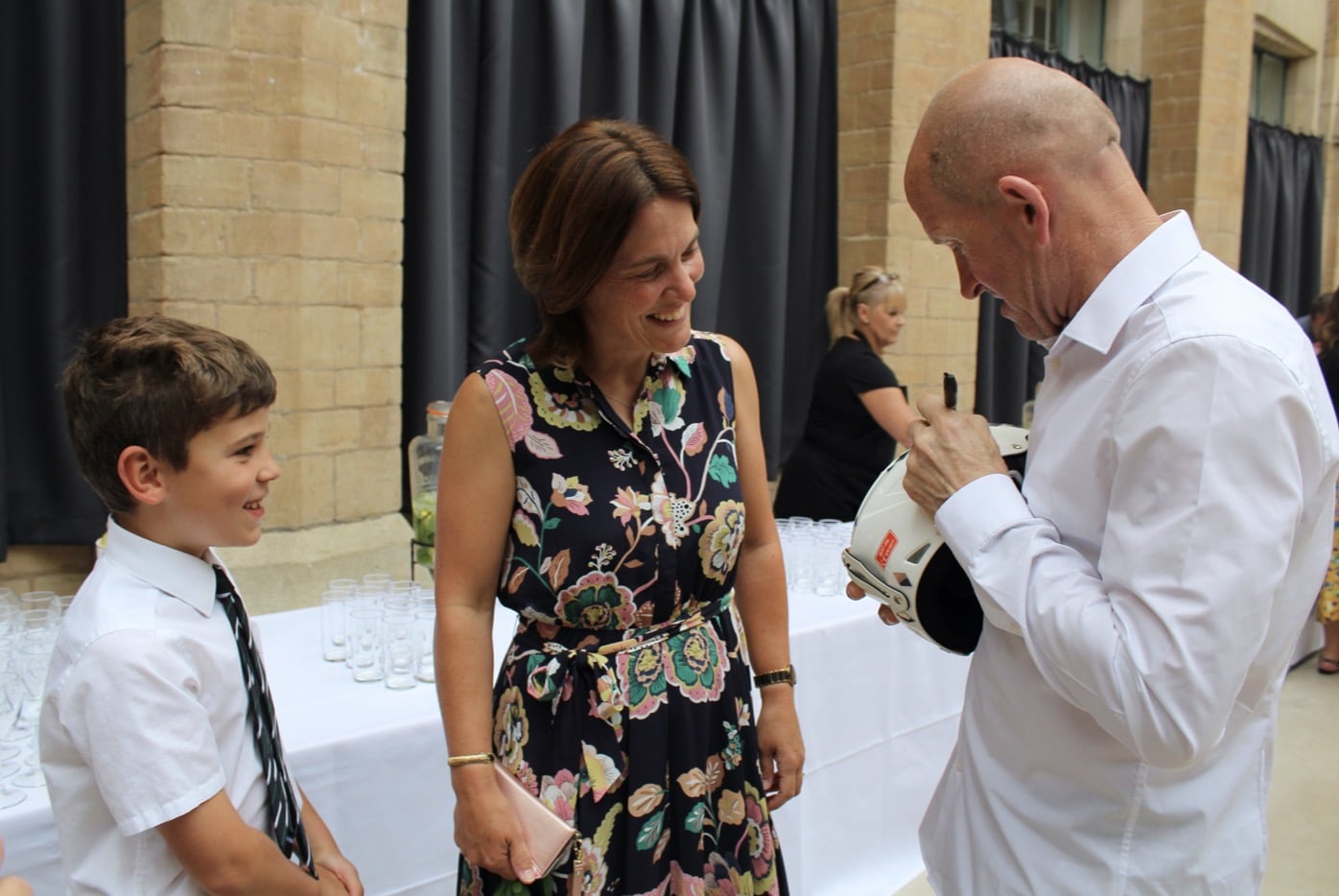 At Nottingham High School Eddie spoke passionately about his journey to the Calgary Olympics and the sacrifices and difficulties he faced in achieving his dream, including having to eat left over food as he could not afford to buy his own. His experiences overcoming adversity were both inspiring and entertaining – particularly his story about training in Switzerland with ancient equipment. 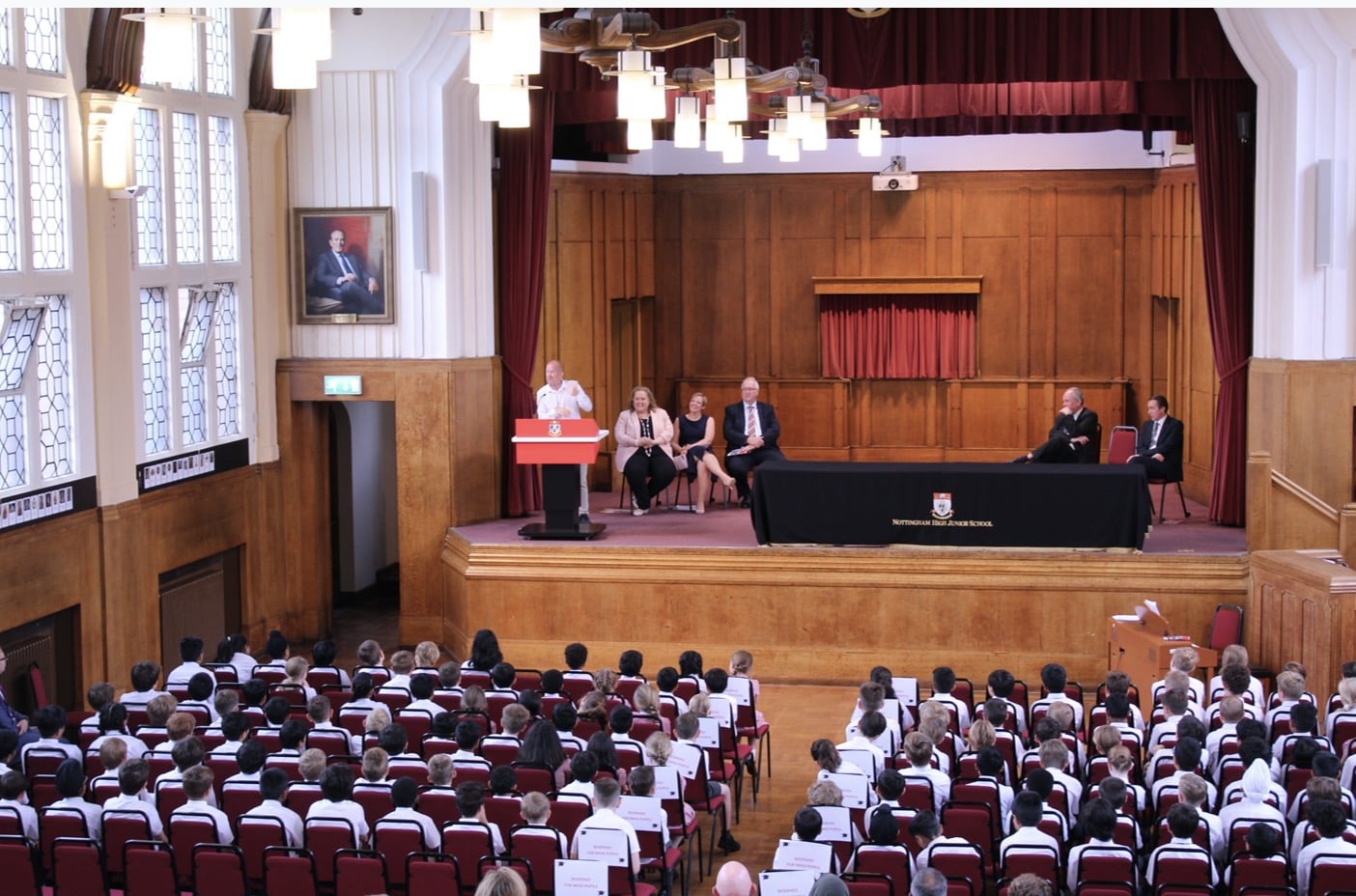 Eddie said: “I was using equipment that I had found in a lost property shed – a very old pair of skis, a very old jumpsuit, and this old helmet that didn’t even have a buckle. But I was very resourceful, and I would tie it on with a piece of string. That was okay when I was jumping on the 30 metre ski jump. It was even okay when I moved on to the 60 metre. But I started having problems when I moved up to the 90 metre. I put so much power into the take-off that the string on my helmet snapped. As I was flying through the air my helmet fell off. And it was the biggest mistake of my life not holding onto it, because I jumped 37 metres but my helmet jumped 98! I think I must have been one of the only ski jumpers in history to have been beaten by his own helmet.”

As well as his talk, Eddie also presented prizes to Nottingham High Junior School pupils, and stayed at the school to answer questions and sign autographs.

Clare Bruce, Head of Nottingham High Infant and Junior School, said: “our pupils, parents and staff shared a fabulous morning with Mr ‘Eddie the Eagle’ Edwards. We all felt hugely inspired by his story, as well as his tenacity, determination and resilience.”

“Eddie was very generous of his time following our Prize Giving, signing autographs, answering the children’s questions and having photographs taken with the children – and some star-struck adults as well!”

Coronavirus data - Interactive maps and charts showing details on the spread of the virus across the world. - Hover / touch or use...
Read full story
© Newspaper WordPress Theme by TagDiv