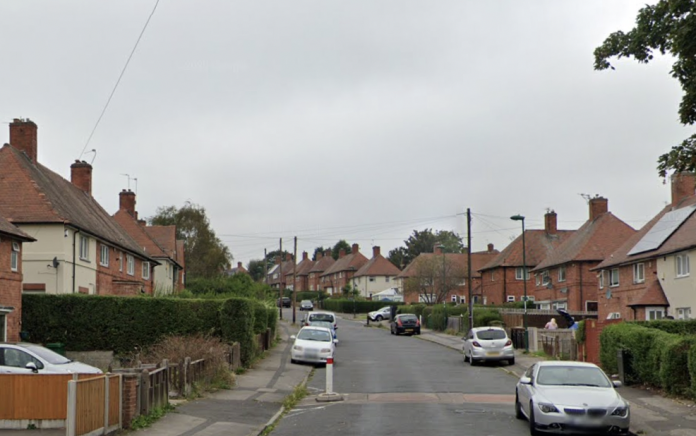 A police officer tackled a suspected thief and a passenger from a stolen moped as they attempted to evade arrest.

The scooter, reported to have been stolen from Harwill Crescent in Aspley yesterday (Saturday 20 Februrary), was spotted by an eagle-eyed member of the public who called Nottinghamshire Police at around 10.55pm.

Officers quickly attended the scene in Cambourne Close and two men were seen riding the scooter without helmets.

Police contained the area and one officer saw an opportunity when the vehicle attempted to flee down Alwyn Road.

Thinking quickly, he tackled the driver and passenger from the scooter, knocking them off of it.

Another officer then moved to arrest the suspects but was punched in the face by one of the men.

The two suspects then fled the scene and headed towards Broxtowe Country Park.

Persistent policing, and support from a police dog, led to the location of a 27-year-old man who was arrested on suspicion of assaulting an emergency worker, failing to stop and burglary in connection with the incident.

The man was taken to hospital for treatment for an injury to his arm that he sustained in the arrest. He remains there for treatment but his injuries are not serious.

The scooter has been recovered and efforts are being made to return it to its owner.

Chief Inspector Al Pearson, of Nottinghamshire Police, said: “Officers put themselves at risk every day to protect the public and quick thinking from the response officers attending last night meant that the stolen scooter could be recovered.

“The officer who tackled the men from the vehicle dislocated their shoulder in the in the process and is being treated in hospital. The other officer who was punched in the face was not seriously injured but the incident is an unfortunate reminder of the risks of the job.

“That being said, assaulting emergency workers is totally unacceptable and we will always thoroughly investigate incidents of this nature in order to ensure that appropriate action is taken against those who commit such offences.

“Both officers will be supported by staff and we will now work to establish the circumstances.

“I’d ask that anyone who has any information about the incident reports it to Nottinghamshire Police on 101 quoting incident number 959 of 20 February 2021.”