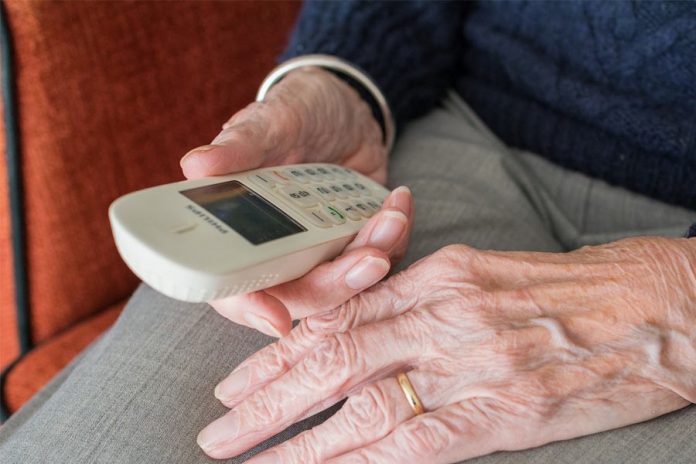 A vulnerable Nottinghamshire man who suffers from dementia received a call from a fraudster offering him his second Covid-19 vaccination.

The Sutton-in-Ashfield man had already had his first jab in March and wasn’t due his second until May.

The 83-year-old victim who lives alone received the phone call from a woman on 1 April who said they would visit between 9am-2pm on Sunday.

The man’s family reported the call to police straight away, who arranged a visit and called the victim to remind him of the potential scam.

The victim’s son Ian Sawyer was hugely appreciative to the police and their support throughout a distressing time.

He said: “My father suffers from dementia and several other health problems, so it really concerned me when he told me he was called.

“The police have been fantastic. When I found out I called 101 immediately and officers attended to speak to him. It was a truly excellent service.

“The control room staff then rang my father back on Sunday, the day the fraudsters said they would come, to remind him they were visiting.

“They rang again and fortunately he remembered the local beat team’s advice and told them to leave him alone.

“In the end, they did not visit him in person. The local officers were also patrolling the area in an unmarked car that day, so I was really impressed how well they supported him and made him feel safe.

“I’d like to thank the members of the police’s staff and particularly the control room for their work.”

It’s unclear if the caller demanded money, but police are now warning the community to make friends and family aware of the potential scam.

“Police patrols were increased in the area and we would urge the public to be vigilant and report anything suspicious to us directly.

“Thankfully the elderly victim did the right thing and spoke to family and friends, who then reported the scam. No money was handed over.

“Coronavirus social distancing measures the past year have left many of our elderly relatives feeling isolated and alone. This puts them in an incredibly vulnerable position and it is so important that we check in on them and remind them that not every voice at the end of the phone is friendly.

“The vital message to pass on to your relatives is for them to take five and think about who is contacting them, remind them that they do not have to answer the phone to unexpected callers and if they do, make sure that they ask questions for proof of identity. Hang up and call the organisation back on a known, trusted number. Any genuine organisation will have a record if they have called you.

“Taking a moment to stop and scrutinise the caller could prevent this sort of incident from reoccurring. Please be cautious when talking to strangers over the phone.”

Anyone who believes they have been called by a fraudster is urged to report the incident to Action Fraud, the UK’s national fraud and cybercrime reporting centre, on 0300 123 2040.

People who have lost money through a scam should call Nottinghamshire Police on 101 so officers can preserve evidence as quickly as possible.