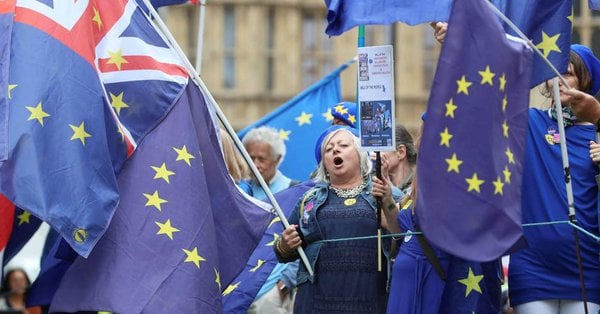 West Bridgford campaigners for a People’s Vote on Brexit will be targeting Nottingham this Saturday, 18th May, as part of their National Day of Action.

They will be holding street stalls, leafleting door-to-door and chatting to voters to encourage them to back parties that want a People’s Vote, in the European Parliamentary elections on May 23rd.

Susan Martin, who lives in West Bridgford and is one of the founding members of the Nottingham and Nottinghamshire People’s Vote Group, said:

“The People’s Vote Campaign is not a political party and it would be wrong for us to tell people which specific party to vote for. But we are supportive of those parties that have a manifesto commitment in these elections to the public having a final say on Brexit.

“Nigel Farage wants you to stay at home and not vote so he can win. There is a clear choice. If you believe in a modern, outward looking and inclusive country then get out and vote for a Pro-PV Party. Or don’t vote and let Farage and his isolationist, backwards vision for Britain win.

“A People’s Vote is not an option in this Brexit crisis, it is the solution to the crisis. Giving the public the final say is ultimately the only way to deliver a stable settlement that can command the confidence of both Parliament and the country.”

As well as campaigning in Nottingham events are taking place all over the country, with thousands of activists and supporters involved.

Theresa May has tried and failed three times to get her Brexit plans passed by MPs. An extension to the Brexit deadline – granted by the European Union — until the end of October, means the UK is now taking part in the Euro elections, as a member of the EU.

Three years on from the EU Referendum, opinion polls show a majority of voters in most constituencies across Britain now want their say on any Brexit deal agreed by Parliament, and the UK would now vote to stay in the EU.

That includes some people who voted leave in 2016, as well as those who voted remain, because they now see that the promises made in the last referendum cannot be delivered, that any Brexit deal will hit our economy, trade and influence, and that the UK’s negotiations over its future relationship with the EU would go on for years.

As part of the government’s Brexit deal, the UK has agreed to pay a £50 billion divorce bill, but we will get nothing in return. Instead British people will lose the right to live, work or study visa-free around Europe. And following what would be the biggest single biggest loss of sovereignty and control in British history, we would continue to follow EU rules, but have no say over how they are made.

Coronavirus data - Interactive maps and charts showing details on the spread of the virus across the world. - Hover / touch or use...
Read full story
© Newspaper WordPress Theme by TagDiv